There’s a reason that the eye is drawn into the color red. It’s bright, vibrant, and full of wonder. And these reasons are why many jewelers and jewelry lovers seek out the best red stones in jewelry to add to their collection. While there are many red gemstones to choose from, there are some that will be more eye-catching than others.

Ultimately, it’s going to come down to you and your budget but it doesn’t hurt to be educated about all the great options!

Which gemstones are red?

There is actually quite a long list of red gemstones that are out there to love and want. Just when you thought you knew them all, you might find a few on this list that surprises you as well.

It is, and it’s expensive. This is because it’s really not a red stone on its own but it becomes that red coloring once a process of coloring is added. But don’t let that deter you. It’s a beautiful stone that can really add a ton of beauty and grace to any jewelry piece. Just know that you’re going to pay a premium price for this stone whenever you decide to purchase.

What is a red-orange gemstone?

In your search for red stones, you might notice that there are many that have an orange tint to them as well. This isn’t a cause for alarm and can actually be quite stunning.

One of the most well-known red-orange gemstones is a Carnelian. Some cuts appear to be more orange-red while others will be a bit darker and bit a brownish-red. The high level of iron in this stone is what gives it a variety of coloring.

Did you know that you can buy a stone that looks like a ruby but isn’t actually a ruby? It’s called a Spinel or Red Spinel.  It’s so similar in looks that most people aren’t going to ever know the difference. However, the price difference between the two just might make your decision on which one to get a whole lot easier!

This all just depends on the type of Jasper stone that you have. If you have a solid Jasper stone, that is going to be extremely rare and something that you’ll likely have a hard time finding. This is because the most common form of Red Jasper is actually a stone that is spotted instead.

The spots are actually quite pretty looking and can bring a certain uniqueness to your stone if that’s the look that you’re going for.

While the list above showcases several types of red stones used in jewelry, let’s not forget about one that is certain to spark and shine. The Red Diamond is another beautiful red gemstone that is a show-stopped and an eye-catcher as well.

What is a red diamond worth?

There’s a reason that you don’t see many red diamonds. They’re actually considered the rarest diamond in the entire world. A true red diamond will cost someone at least $1 million per carat and could be more (or less) potentially depending on the size, cut, and clarity of the diamond.

What makes a red diamond?

This is what makes them so rare. Their coloring is made from 100% carbon but it’s also a rarety that occurs within the atomic buildup and structure. If you see somewhere wearing a true red diamond, you should be aware instantly that it’s an incredibly valuable piece of jewelry.

What colors can natural diamonds be?

Some people think that when diamonds are anything other than crystal clear, then they’re not real. This isn’t the case. Natural diamonds can actually be made up of a wide variety of colors from yellow to pink, red to black. All get their certain coloring from different processes that occur within the structure of the diamond as it’s forming.

Now that you know all about red stones in jewelry, it’s time to make your choice! Whatever you choose, wear it proudly and showcase that bright red coloring!

When it comes to the best red gemstones, do you have a top pick in mind? 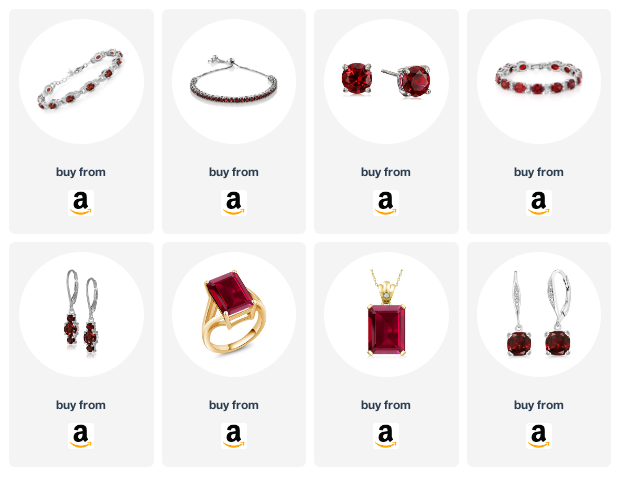 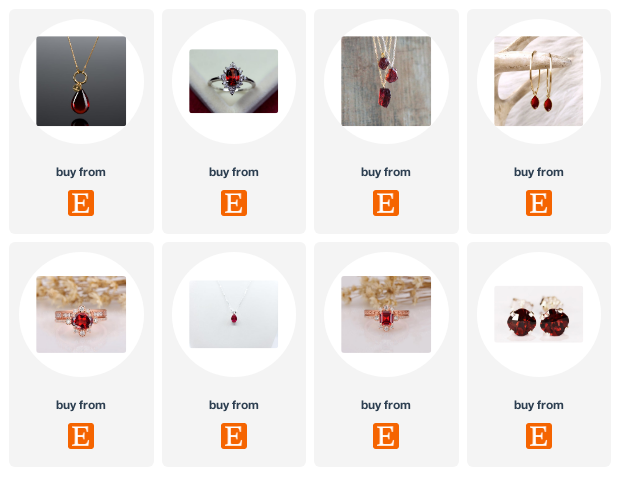