Fake diamonds (also called faux diamonds, imitation diamonds, or simulated diamonds) are a great option for those that want the look without the price tag. Learn some of the options for the best fake diamonds here.

Are you wondering what the best fake diamonds (that actually look real!) are? If you’re needing a different way to give yourself some sparkle and bling but don’t have the cash flow right now to afford the real deal, there are other options that you can have. Sporting a fake diamond can be a super simple way to make it look like you’re wearing the real thing, even when you’re not.

If you really want the look of a diamond, you can always try to pull it off with a gemstone. White sapphire is a great choice as is white topaz, too. It’s not hard to find a gemstone that looks like a fake diamond as there are a lot of options out there to choose from.

Here are some of the best fake diamonds to consider and some commonly answered questions as well.

What are the fake diamonds called?

Did you know that fake diamonds actually have some names that they commonly go by? Some of the options are faux diamonds and diamond simulants as well.

How can you tell a real diamond from a fake?

There are a few ways that you can tell a difference but one of the easiest ways is to try the fog test. This is where you hold the diamond in your hands and blow hot air onto it. If it stays cloudy for several seconds, that’s a big indicator that it’s a fake. A real diamond will clear up quickly. It’s always best to take it to a reputable jeweler to tell the difference.

Do fake diamonds sink in water?

While this isn’t always accurate, there’s a chance that if the diamond is fake, it’s going to float in water when added. This could be another way to find out if a diamond is fake or not.

What is the best looking fake diamond?

According to the public, Moissanite is one of the best fake-looking diamonds out there. It even has some characteristics of real diamonds like being tough and also looking really clear.

Is a Diamond real if it cuts glass?

Back in the day, this used to be the real test to see if a diamond was real. If the stone cut glass, it indicated that it was a real diamond. These days, however, this doesn’t always seem to be the case.

There are some fake diamonds and stones out there that are actually hard enough to cut glass, too so it’s not a great test any longer to try to weed out the fake ones from the real ones.

The reason that so many people choose to go with a Cubic Zirconia as their fake diamond of choice is that it’s a lot more affordable than actually putting out the money for the real thing! Plus, from far away or to the naked eye, it really doesn’t look all that different.

This is also why it’s important to know how to detect a fake diamond from a real one…some look very real!

The reason these look like diamonds is that they don’t have any color. Therefore, when taking a peak, it appears as though it’s a real diamond instead of a very convincing fake one.

As mentioned above, this tends to be the one that looks most like a diamond. It’s hard exterior also adds to the belief as does its crystal clear quality.

This is one stone that you’d want to do a test on just to make certain you’re not being tricked.

The white quartz is just one of many colors of this gem. It’s also typically cut in a circle shape which makes it the perfect size and consistency to go into rings that typically contain diamonds.

Not to be confused with cubic zirconia, zircon comes in many different colors. It is a mineral found in nature and looks similar to your typical diamond.

If you’re looking for a great fake diamond that you can afford to make your ring have some major bling, you’ll find the answers and options up above. Simply going with a faux diamond can give you the chance to have a ring on your finger that might not be afforded any other way!

Do you have any other tips on how to spot a fake diamond? 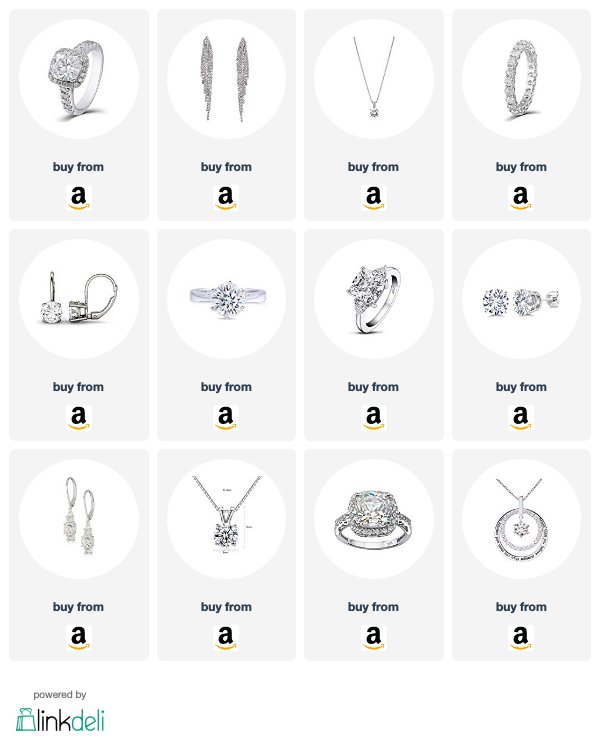